How to sing your way to a stronger brain: studies show learning to sing improves your brain function.

How to sing your way to a stronger brain: studies show learning to sing improves your brain function. 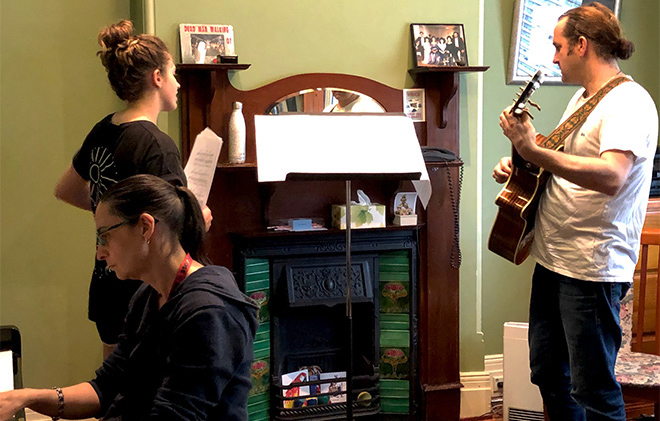 Singing isn’t just a fun, creative way to express yourself, it’s scientifically proven to improve your brain performance in all facets of your life.

Not only does singing release endorphins (your feel-good chemicals), neuroscience has shown that the long-term study of music and singing has positive effects on brain development and function. 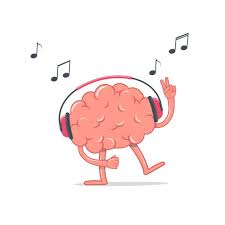 The most profound cognitive benefits are seen in people who have studied music since childhood, but even if you’re coming to music later in life, your brain will get a boost.

The brain benefits of music and singing training was one of the topics at the ASME (Australian Society for Music Education) Conference in Perth that I attended in October. And I’d like to share some key takeaways with you.

One of the most inspiring ASME presenters was Dr Anita Collins, an award-winning music educator and internationally recognised researcher and writer in the field of brain development and music learning. You may have seen her with Guy Sebastian on ABC TV’s Don’t Stop the Music. 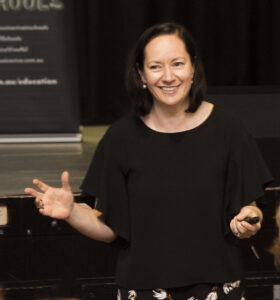 She has also said that studies comparing the brain function of musicians to non-musicians found that musicians’ brains looked different and functioned far more effectively than non-musicians’. Musicians have a larger ‘bridge’ across the brain’s two hemispheres, which allows messages to travel faster and in very creative pathways.

How singing in particular benefits your brain

Singing is integral to learning music, as it requires movement and auditory processing, which gives your brain a fuller workout. Here’s how: 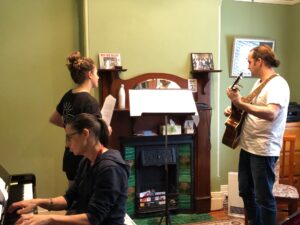 Use it or lose it

Even if you haven’t learned music or singing before, it’s never too late to start. Studies show musical learning can have brain-protective benefits for adults. We start to lose our hearing between ages 40-50 and this can indicate laziness to the brain. If the brain can’t hear, it decides it’s time to cognitively decline.

The power of music is in the learning process

While performing music and singing brings us – and others – joy and fulfilment, it’s the process of learning music that so powerful for the brain. This is why Dr Collins says music learners need a teacher to guide them, assess, instruct and plan. A good singing teacher will encourage you to make incremental progress, for example, “Learn the melody line and rhythmic patterns of this song, then we’ll look at the words.”

As a vocal coach, I’m big on the learning process. It informs how I structure each singing lesson, to the preparation for our studio concerts. I actively encourage students to acknowledge their improvement as they go through their learning and performance. This brings incentive and reward – which the brain also loves!

The best part about learning singing? Contrary to popular opinion, research shows you don’t need a particular talent to study music and singing, so everyone can benefit.

Find out how singing tuition can boost your brain function. Try an introductory singing lesson – get in touch to enquire and book.

Thinking out loud – an effective approach to learning to sing